Cats on humans and humans on cats

I adopted Poppy a few months back, she came from a lady who was moving home but unable to take Poppy with her to the new home.

She has taken a while to settle down and is slowly turning into a lap cat.

When you re-home a cat you take on someone else’s cat, unlike taking on a kitten it will have been ‘taught’ things you may or may not want it to do, in my case I was lucky and she had no bad habits, however, she was not a cuddle or lap cat by any means.

She had been allowed out in her old home, but I live on the main road and I am reluctant to allow her out, initially, she was very vocal about being indoors, but after just a few days she calmed down and started to explore her new environment. The main thing to consider in the early days is a cat’s phenomenal homing ability as in this story from The Mirror newspaper about Holly who traveled 200 miles to get home, you let your newly homed cat out and it is likely to go straight back to its old home.

There are various ‘old wives tales’ about this, the most famous being to put some butter on their paws, so they leave a butter trail back to your door, this only works if they want to come back to your home. Cats are very independent and will adopt a new owner at the drop of a hat. Also do not think just because your cat sleeps at your house that you are it’s the only owner, over the years I have heard many stories of cats being the source of ‘ownership’ battles because the cat had been ‘visiting’ another house in the same street or town and the person being visited had assumed the cat to be homeless, some of these have taken place over extended periods of time into years in some cases.

Never forget dogs have owners and cats have employees! 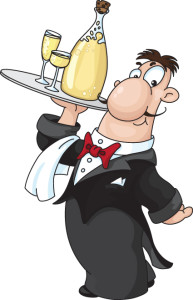 This is how your cat sees you.

I bought her one of those cat play and sleep towers, but as yet she has not used it to sleep in and only uses it as a vantage point and scratch post. 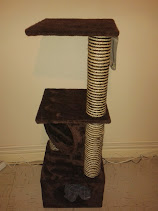 Last night my cat got hold of the catnip bag!

Since making this post I have re-stocked on catnip, for people that know me yes I am actually going to recommend something!

I made two purchases via eBay (UK) the first arrived and I gave some to the cat, she gave a mild response but was happy enough, today however the second package arrives, every time the mail arrives the cat runs to check it out (I think she was a dog in a former life), she made a ‘Bee’ line for one package and ran off to the living-room with her trophy and me chasing after her, she managed to rip the outer package open before I could rescue it, by this time she was purring like a freight train and had that catnip look in her eyes. I have not seen a cat react to catnip to this degree in 40 odd years of keeping cats, so here is the recommendation bit…..

If you want some good quality catnip for your fluff ball I would suggest “Catnip Kingdom” they have a shop on the UK eBay site, why not pop over and take a look. BTW the quantity you get from them is not the usual measly packet, that is a normal-sized fork in the picture below. 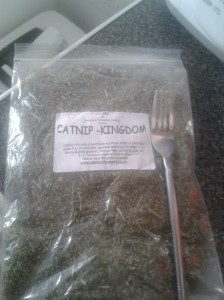 I ordered a pizza with green peppers but it came with green chillies instead, as I don’t like chillies I absent mindedly left them on the kitchen counter, sat down and started to eat my pizza and Poppy came running in at top speed, did several rounds of the flat and yowled incessantly , it took me a few minutes to put two and two together but when I did all I could do was laugh. 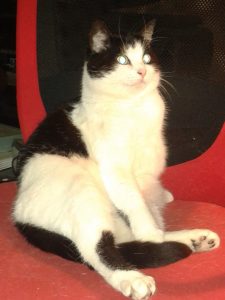 A few months back I was looking for a new butler, after checking out  a few I settled on this human.

As with most humans he is not too bright and will need a lot of training.

Taking on a new butler can be troublesome, you are going to have to teach them everything, humans are not bright. Expect them not to understand a single word you say, no matter how clearly you say MEEEOOWW, chances are they will not know that this means “slave, get me some salmon in cream sauce NOW!”.

Your new butler is likely to want to sleep during the best part of the day, so plan your day in advance during daylight get lots of naps and snoozes in as you will need lots of energy to train your human later and to run like heck if they reach for something heavy!.

OK, so it is now 4 am, PLAYTIME yay! proceed with care, is your human sleeping if so you will need to wake them, the usual method is to get really close to their ears, which for some odd reason are on the side not the top of their heads, humans are not smart.

So get really close and then meow, yowl, mew, or whatever you can do the loudest as close to their ears as possible, should this not work then you may have to be ‘nice’, crawl onto the sleeping platform (humans don’t sleep in boxes, humans are not very bright) position yourself out of reach of their front paws, don’t worry too much human claws are not sharp, next start to sing and texturize their chest area if you can manage to get the covers off and grab a nice paw full of flesh so much the better, make sure to dig your claws in as far as possible humans really enjoy it.

This method can take some time to work. If you have a male butler then you are in luck as they come with an ‘eject’ button (see below for usage)

Correct use of the human eject button.

There are a number of ways to effective usage, my favourite is to run the length of the hallway springboard off the coffee table to gain maximum height and then glide through the sir Matrix-style landing on the eject button, which is conveniently placed about midway down their body, be prepared this might provoke a sudden reaction. Whilst generally effective it can result in the ‘one slipper offering’ another method is to get on top of one of their little wooden rooms where their clothes live and then do a kamikaze dive, this can have very pleasing results.

OMG! I found the best cat bed and play toy ever! 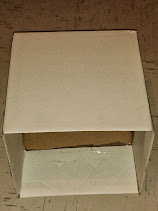 I found some tasty herbs this morning, once I had eaten them the giant mice started to chase me, I ran in to tell my human, but he was asleep. I greeted him with a bounce on the groin, I know he likes this as he always plays chase with me afterward, however, on this occasion he just threw me a slipper. Note to self must teach human that I have four feet and one slipper is not enough (humans are not very bright), anyway, I chased the giant mice all around the flat for at least half an hour, my human did not seem to notice them (humans have poor eyesight), I chased them out to the hallway and the 10-foot tall dog with the glowing red eyes ate them!

I found some strange green meat today,  I think it is some new version of cow, but I don’t like it, it made my mouth so hot!.

I ran in and shouted at my butler to get me some cow juice but all he did was laugh at me.

I must plot my revenge!

By continuing to use the site, you agree to the use of cookies. more information