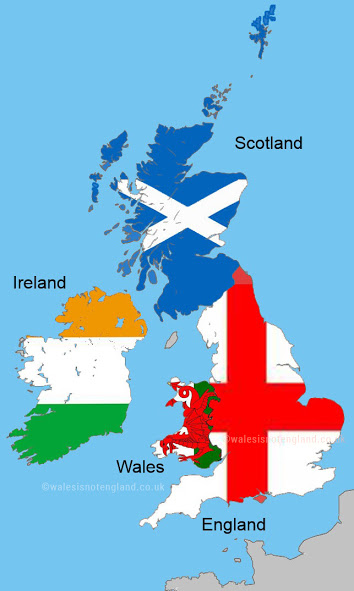 I talk to a great many people in the USA and across the world and the one common factor is that virtually none of them have any idea about the British Isles, namely, I frequently get asked which part of England is Wales!

If you look at the graphic you will see there are four distinct countries and only one of them is England.

Scotland, Wales, and Ireland go way back into pre-history, Cardiff, the capital of Wales goes back to 4000bce whereas
England is the new kid on the block.

The east of Britain was known as “Danelaw” and was occupied by Vikings, the south west was known as Wessex otherwise “Kingdom of the West Saxons”, Saxons were a Germanic tribe.

So the entire “England” up to and including 1100 AD was settled by either Vikings or Germans, not a single Englishman in sight.

These invaders of various nationalities settled in Britain onwards from the early middle ages, leading to what is now known as the English.

The Welsh, Scottish and Irish were and still are, collectively known as Celts, there is also a certain amount of conjecture regarding this, in so much as the Celts who were originally from the continent and settled here in pre-historic times,  interbred with the indigenous Britons.

So given all the information above you are now equipped to understand why a person from Wales, Scotland, or Ireland can get a little upset when referred to as English, this is tantamount to an insult as you are saying that we are of mixed race/nationality with limited history and no real roots anywhere in the world, whereas in fact we are (apart from some dilution over the years) well-established nations of indigenous peoples with a wealth of history that goes back to pre-historic times.

Here is an excellent video explaining the set up of the United Kingdom and the British isles.

Some people have decided as I have not included Northern Ireland from the Map Image it “makes a mockery of the reason for the site in the first place” the status of Northern Ireland is unnecessary (and far too complex to enter into here) to establish that Wales is not part of England. Hopefully, this now satisfies the trolls, but I daresay they will find something else to moan about.

In the end, Haters are going to hate. If you read my website and have constructive input feel free to contact me, however, if you just want to troll don’t bother. 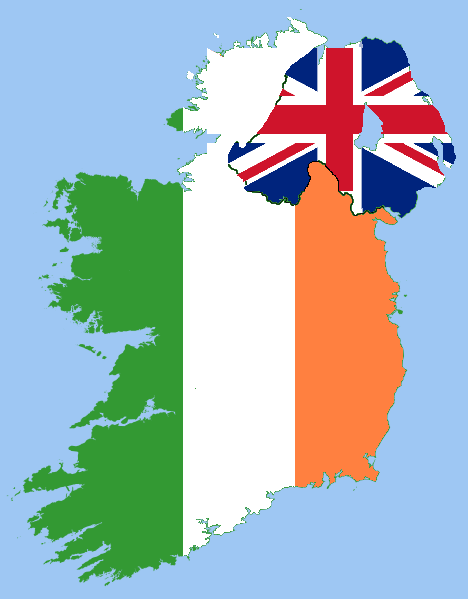 I have been contacted by Jonny Blair of Travellingnorthernirelandandflag.com  and asked to display the following map for clarification that Ireland is separated into two parts Northern Ireland under British rule and Southern Ireland which is independent of Britain. Any comments questions to him on his website.

By continuing to use the site, you agree to the use of cookies. more information